To get your sensors up and running, you'll have to learn how to upload the Arduino embedded software [called sketches] to the microcontroller. The team behind Arduino has already created a so-called IDE [Integrated Development Editor] that is really simple to use for sketch development and board uploads.

Installing the development environment on your computer

The team behind Arduino have written a pretty good guide on how to install the IDE so just follow the instructions for your platform [and don't forget to come back here after].

Here is a small clip [for the youtube-generation] showing how to get started with the Arduino environment.

The MySensors library is available in the IDEs Library Manager

. See the following screenshots on how to download and install it. 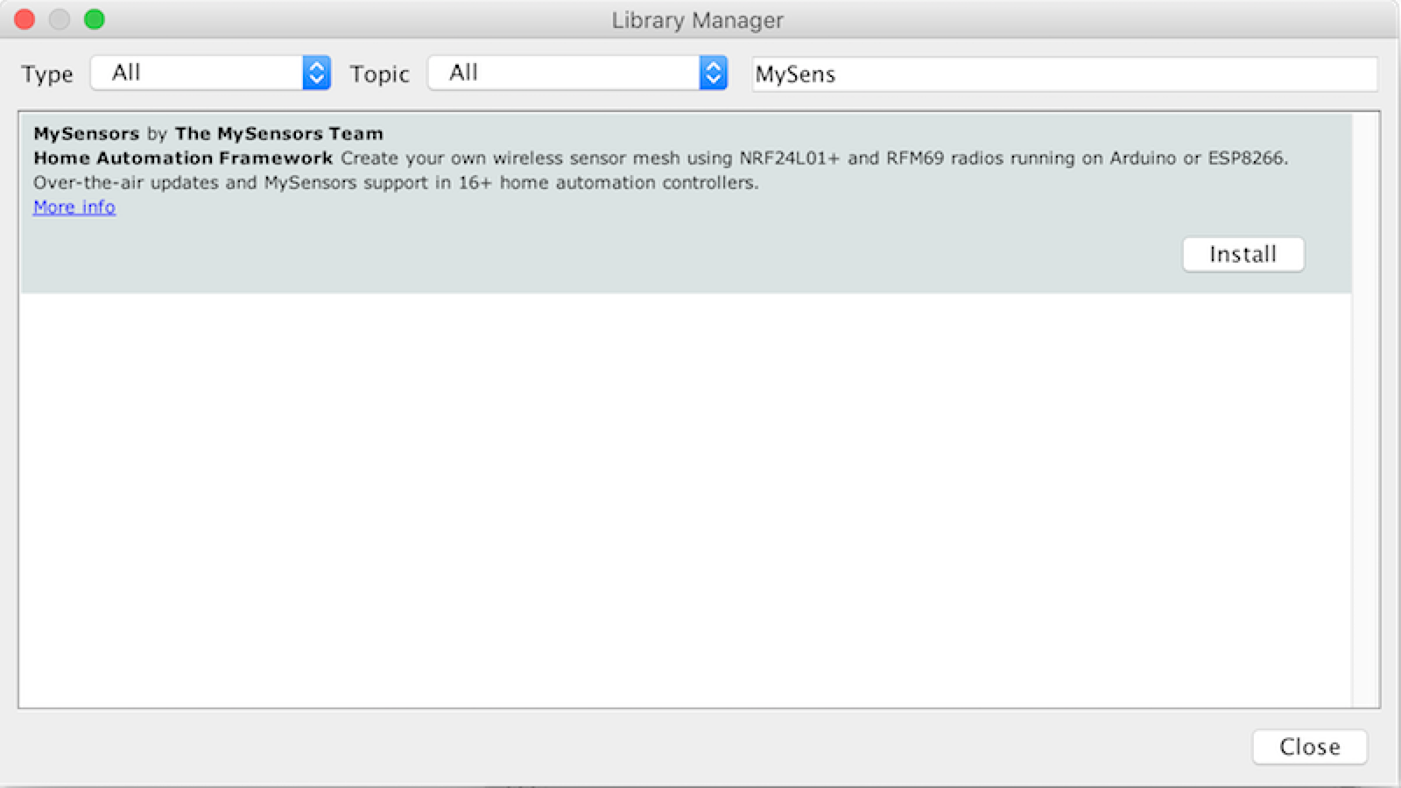 Adding the official MySensors HW to the Arduino board manager

This is described here.

Connecting the Arduino to your computer

Both the Arduino Uno and Nano have built in USB connectors. If everything is setup correctly you should be able simply connect them to your computer using a standard USB cable and select the serial connection under the Tools>Port menu in the Arduino IDE.

The Arduino Pro Mini does not include a built-in USB circuit, so an off-board USB-to-TTL serial converter must be used to upload the software sketches to your Arduino.

The FTDI adapter we've added to the store is configurable for both 5V and 3.3V output mode. It's important to select the correct voltage when connecting a 3.3V Arduino Pro Mini.

You'll find download links directly on each of the example sensor build pages. We've also bundled examples with the library so you can find them in:

Press the compile button to generate a binary executable for the Arduino. If you press upload button the binary sketch will be sent to your Arduino through the connected USB-cable. The Arduino will automatically restart itself after the binary sketch upload completes.

If any errors occur they will be displayed in the console at the bottom of the screen.

A general rule is to place all initialization logic in the setup() function and the normal "work" in the loop() function.

Ok, got it! Let's start building!

Internet of Your Things

Various bootloader files based on Optiboot 6.2