The MySensors core team hosted a booth at the Eindhoven Maker Faire 2017. To demonstrate the capabilities of the MySensors framework, I (Yveaux) scaled down a real house to dollhouse size, and stuffed it with sensors and actuators. This video by Tbowmo shows some of the tricks it has up its sleeve:

I've had many requests to write up on the dollhouse, so here it is!

This page shows you how the nodes were created, so you can build them yourself!

I specifically designed a sensor node for the dollhouse. It is spread throughout the house, small enough not to disturb the looks of the dollhouse. This sensor node is basically an Arduino Pro Mini with an SMD nRF24L01+ radio and a CR2032 battery holder. You can build your own, or build a setup using a regular Arduino.

This overview shows all sensor and actuator nodes spread throughout the house, and how they are powered. 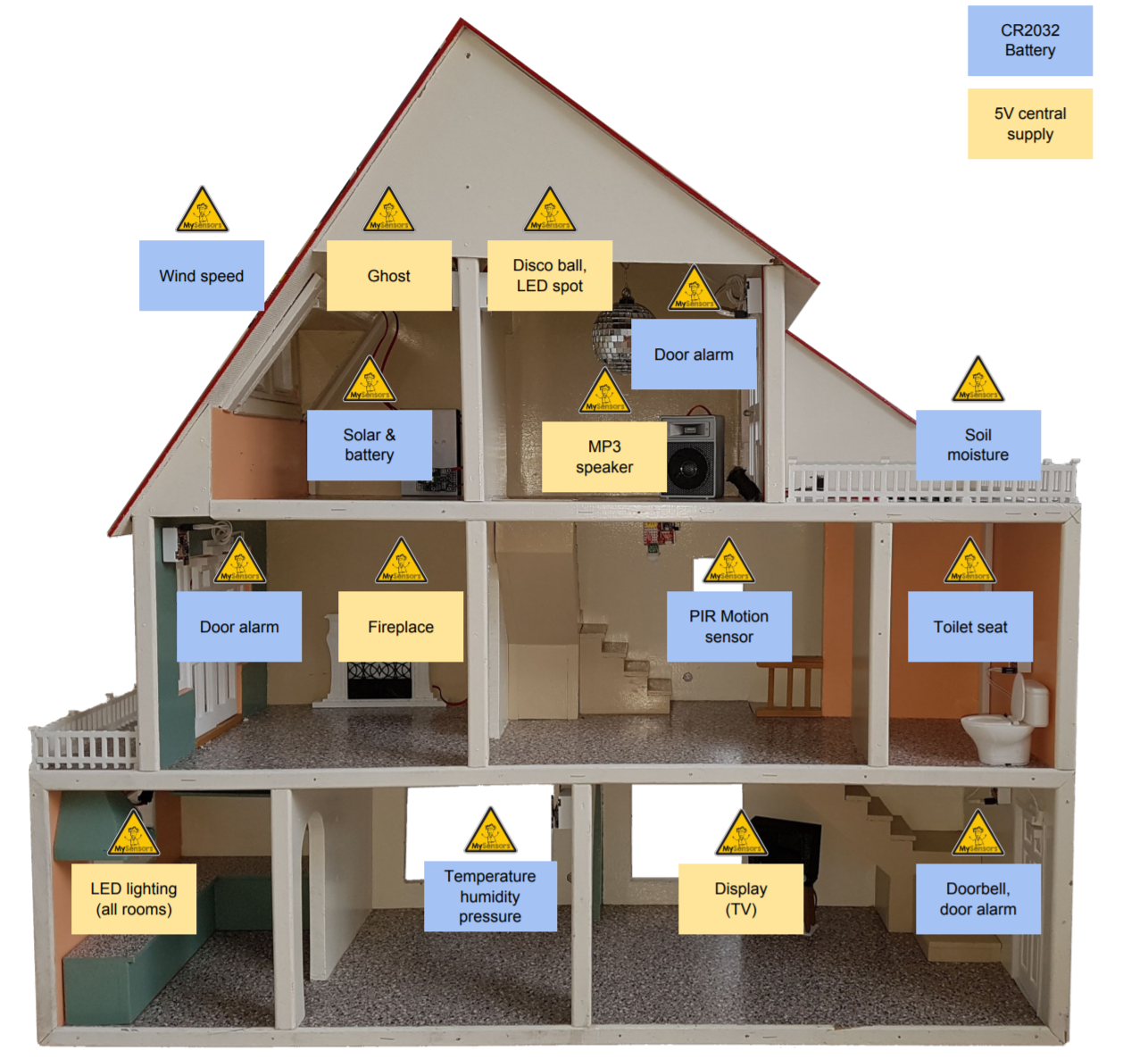 Build instructions for each sensor will be presented further down this page.

A Raspberry Pi 3 is used as a controller. It is running a default Raspbian Jessie install and Node-Red controls the logic.

The MySensors nodes node-red-contrib-mysensors are used to de- and encode the MySensors serial protocol from the serial gateway. From there the data flows to MQTT (pubsub middleware) which is used by Node-Red to communicate withe the sensors and actuators in the house. MQTT could have been left out, but I find it convenient to separate the wireless network from the control logic and at the same time be able to control or monitor the network from the outside.

Scenes and actions in the house can either be triggered by Node-Red, sensors or voice control. The voice recognition is performed by Google AIY, which basically allows you to run Google Assistant on a Raspberry Pi. As I don't own a Google Voice Kit, a regular microphone was used to capture the voice commands -- thanks Hackaday. The voice recognition works quite well, even in a noisy environment like the Maker Faire.

Inspired by this site, I changed the AIY code to publish all recognized texts and the Assistant state to an MQTT topic:

Install AIY as a service to run at startup, as described here.

Node-Red subscribes to the aiy/speech MQTT topic and tries to dissect the speech commands into sequences of known commands. If a sequence is recognized (e.g. 'switch', 'light', 'kitchen' and 'on') it will trigger an action. Part of the flow is shown in the following picture:

A PC ATA power supply's 5V output is used to power the house. The LED lighting alone requires roughly 40 Watts in its brightest setting, rest of the nodes add a few Watts at most. 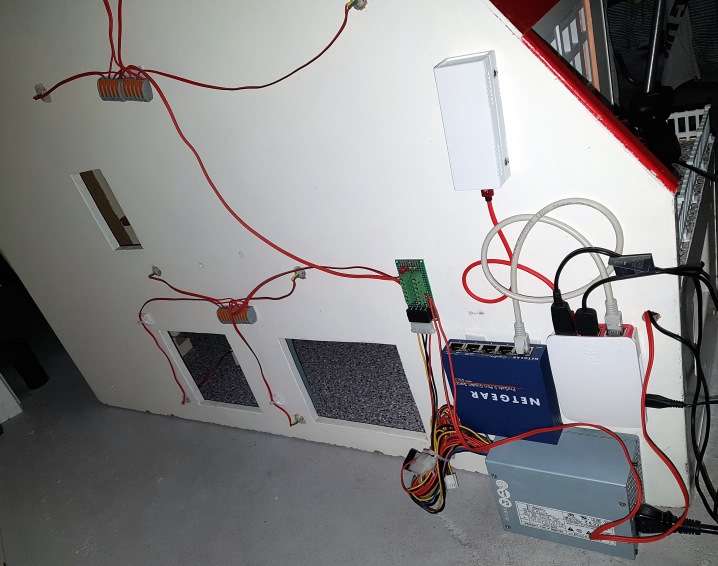 At the bottom right you see the Raspberry Pi 3, a network switch and the PC power supply. The white box on top is the serial gateway. A small custom PCB distributes 5V from the PC supply to a few power strands, which connect to Wago terminal blocks. From there connections are made to dollhouse-sized wall sockets. The 5V supplied nodes are connected through a mating plug, the battery nodes all run on CR2032 coin cells.

USB Serial MySensors Gateway that allows the wireless sensor- and actuator nodes to communicate with the controller.

A 5V powered node, using a modified servo to rotate a discoball at various speeds and switch a LED spot. 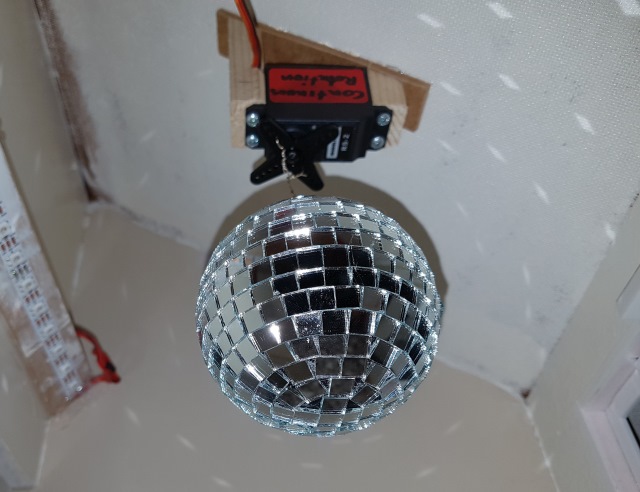 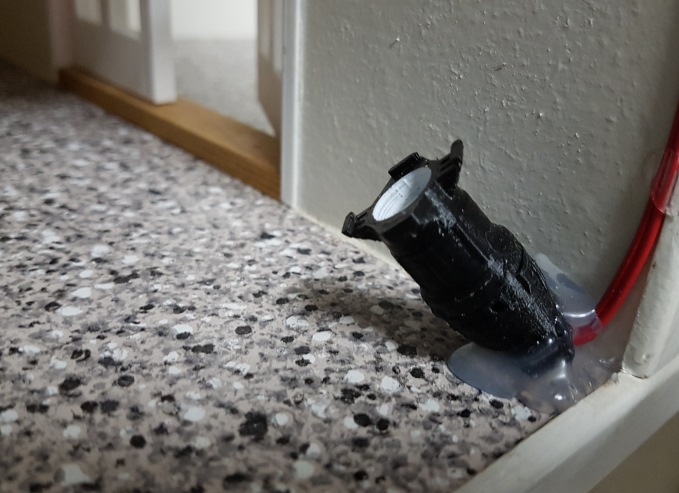 For testing purposes the ball can also be rotated by commands from the serial console.

A 5V powered node, using a JQ6500 MP3 player module, all built into a small speaker. 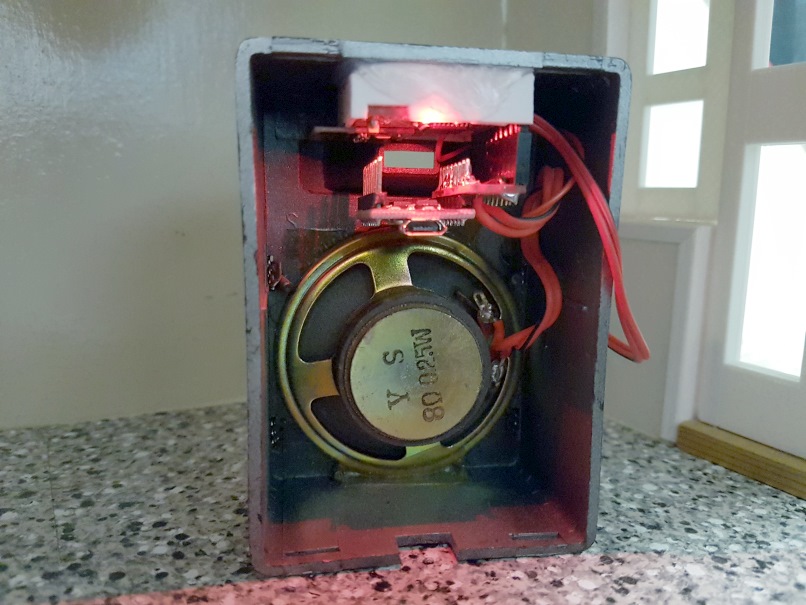 I used a piece of perfboard to stack the JQ6500 to the dollhouse node, so it would fit inside the speaker.

The samples (included with the sketch) need to be downloaded to the module's internal flash before it can be used. Refer to elecfreaks for a description. 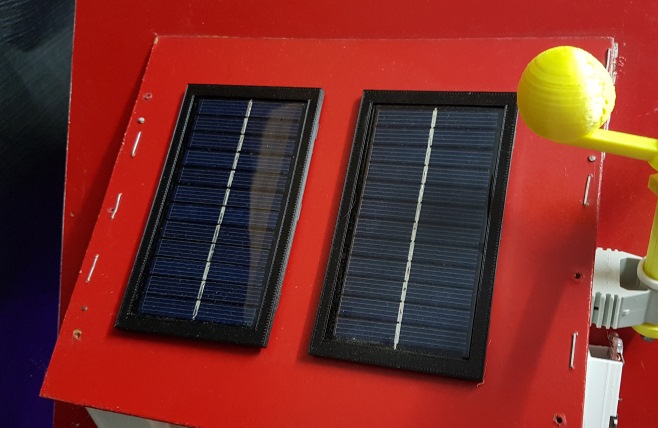 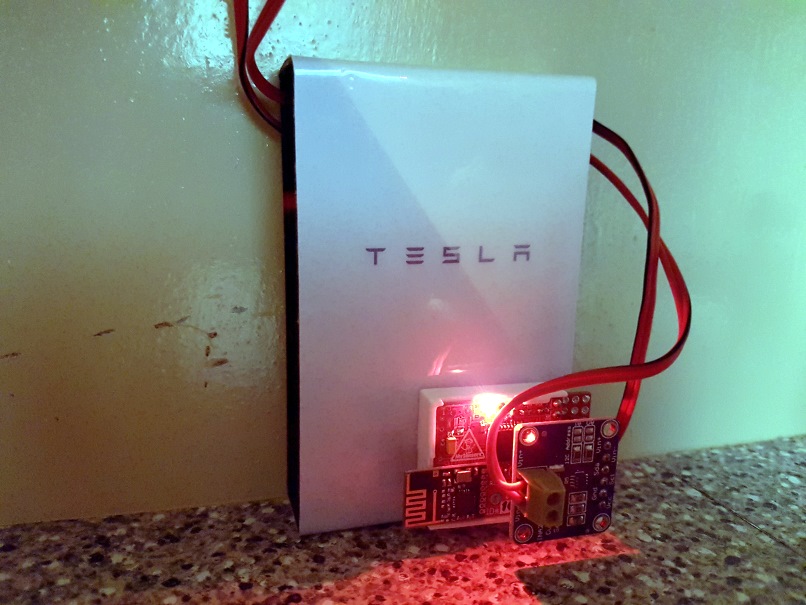 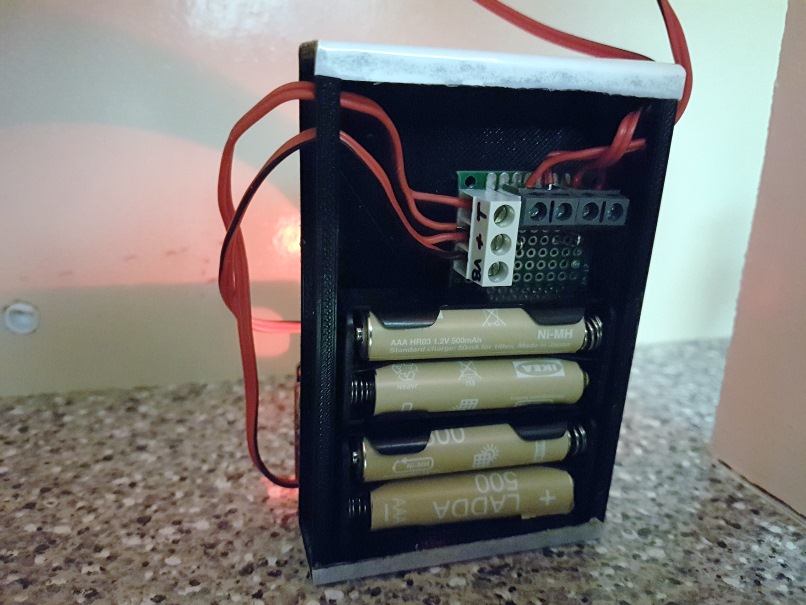 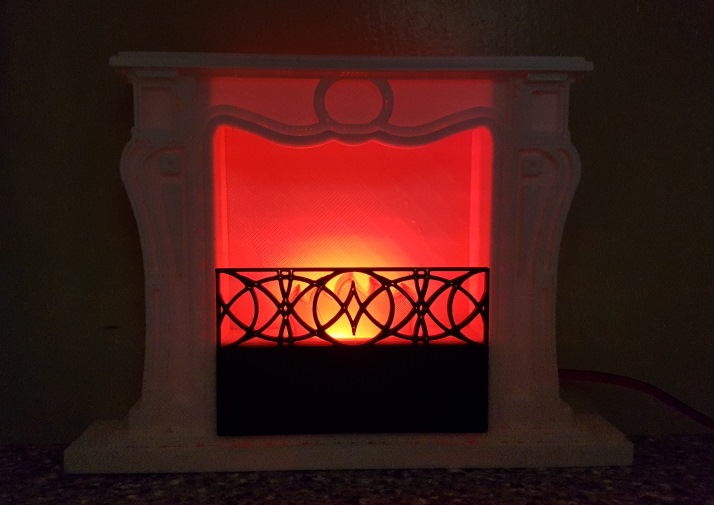 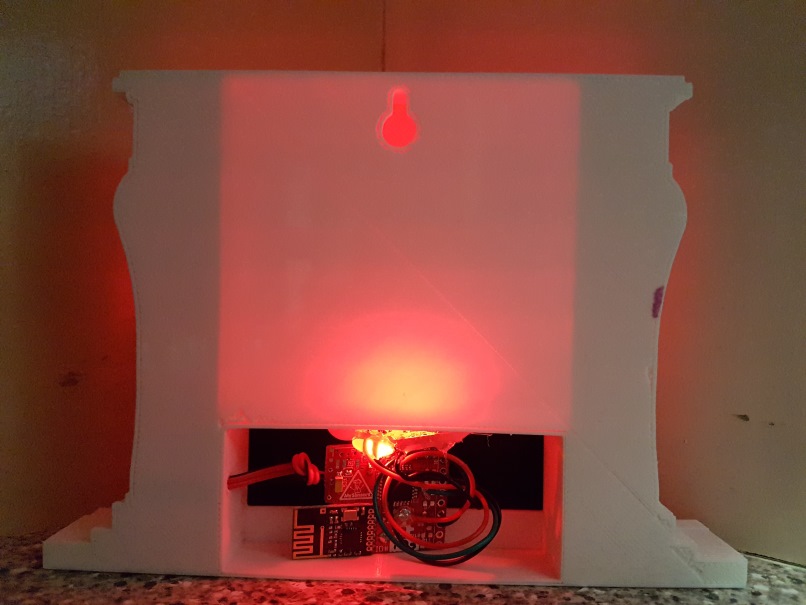 A sleeping sensor node that detects opening and closing of the toilet seat lid. 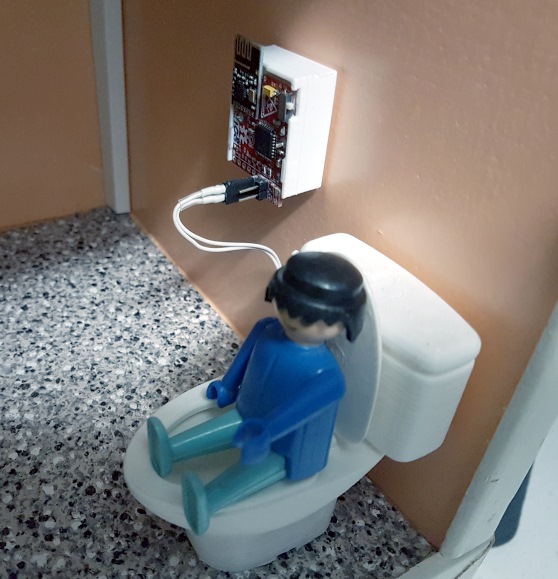 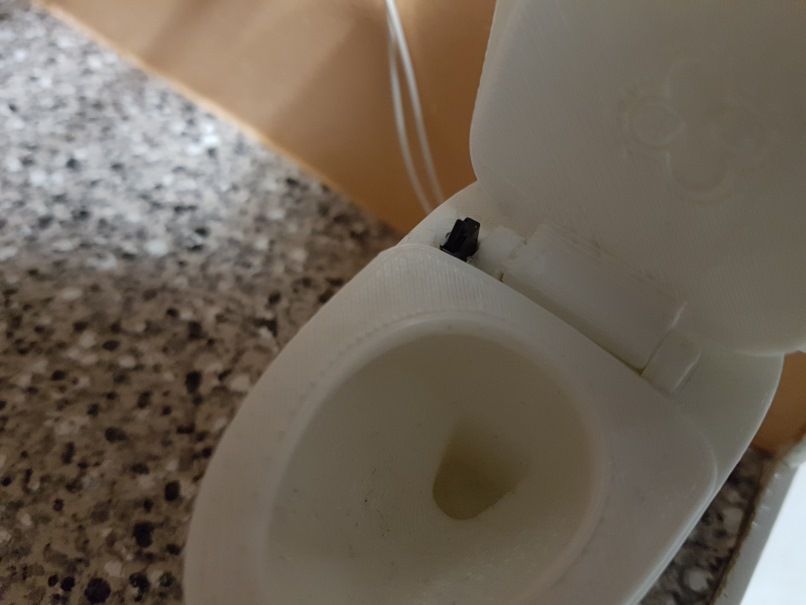 A sleeping sensor node that detects pulses from a reed switch triggered by a revolving magnet. 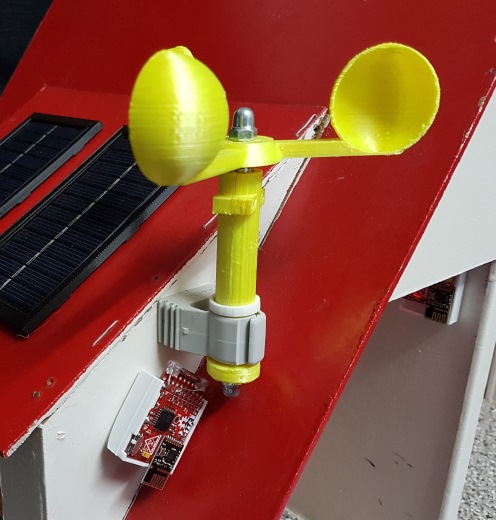 Stick the magnet to the bottom revolving disc of the anemometer and position it close to the reed switch.

The sensor can be calibrated to return the speed of revolution in Km/h by modifying the KmHPerRevsSec parameter in the sketch.

A 5V powered node, which uses a servo to have a hidden ghost appear from under the rooftop. Triggered by MySensors the ghost moves to the front of the dollhouse, wiggles for a few seconds and then moves back to its hideout again. 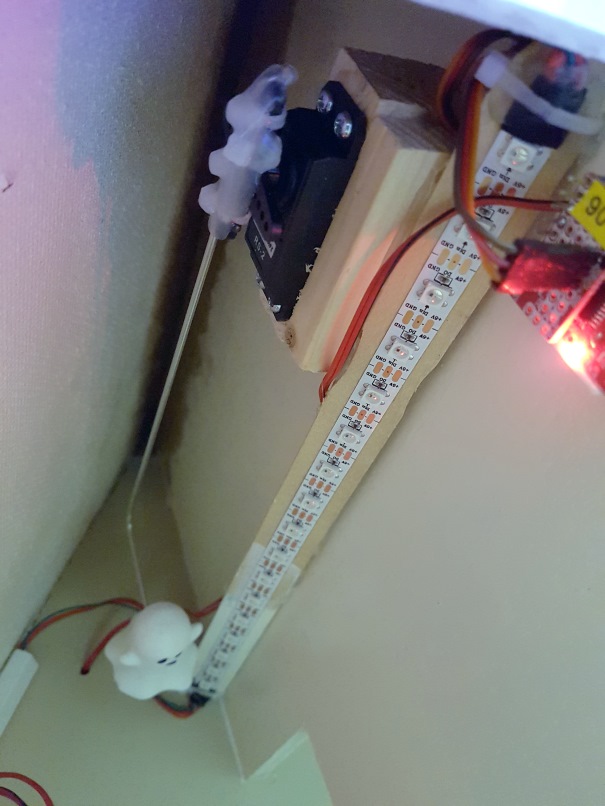 For testing purposes the ghost can also be moved by commands from the serial console.

A 5V powered node, which decodes & displays jpeg images on a small TFT screen, plays a game of pong or displays custom text. This node requires more processing power than a regular ATMega to decode the jpeg images and needs storage. Therefore it is based on an Esp8266 instead of the Dollhouse node. However, the WiFi of the Esp8266 is not used. 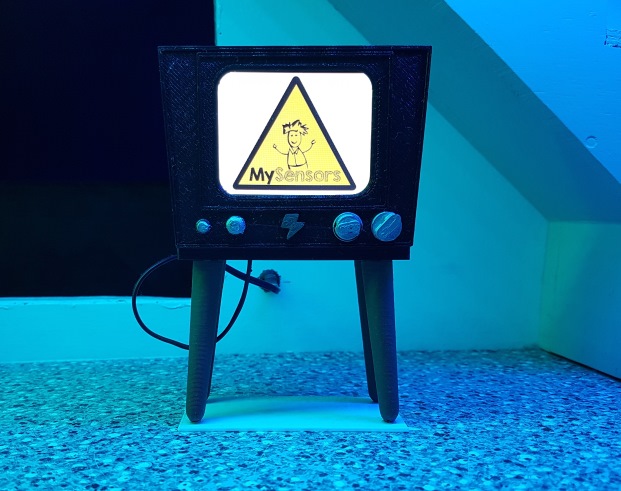 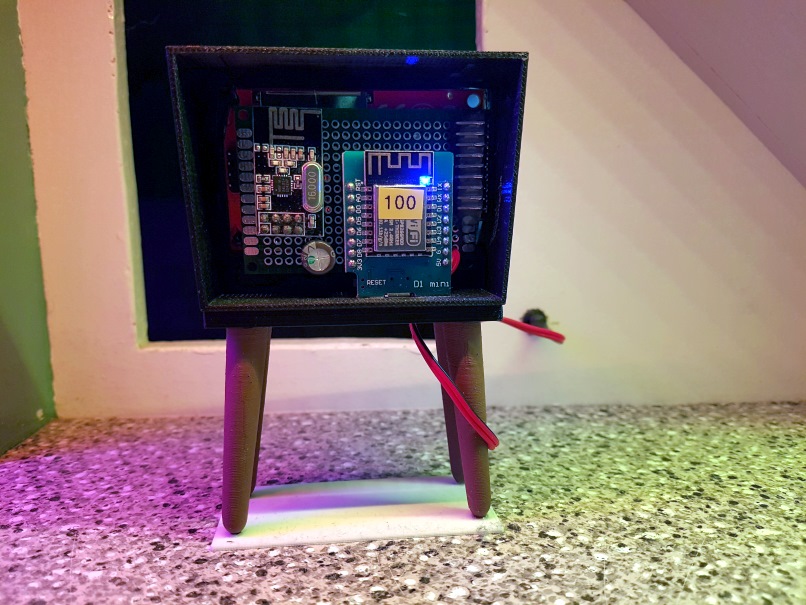 Modify the TFT_eSPI library User_Setup.h file in the following way:

The sketch presents two child-ID's: one for commands and one for direct text display. The following commands are recognized:

Use the esp8266fs plugin to upload the jpeg images in the 'data' folder to the Esp's flash file system.

A 5V powered node, which controls a WS2812B LED strip of 127 LEDs. The single LED strip runs through the whole house (only extended by some wires to bridge the different floors). It uses a modified version of the WS2812FX library to display all kinds of LED blink patterns, either in single rooms or for the whole house. The WS2812FX requires quite a large amount of flash so I started stripping down a version to run on an ATMega328. I couldn't get the node to perform reliably before the Maker Faire and decided to quicly switch to an ESP8266 NodeMCU, connected as a serial gateway with local 'sensors' (the LED strip) to the Raspberry Pi. This is the only wired node in the dollhouse, but still running in the MySensors network as an extra gateway! 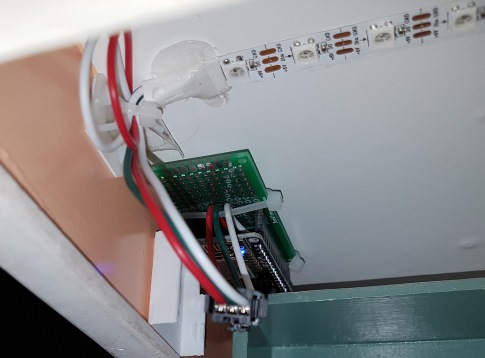 The sketch will present a 'sensor' for each room in the house, and a separate 'sensor' to address the whole house. 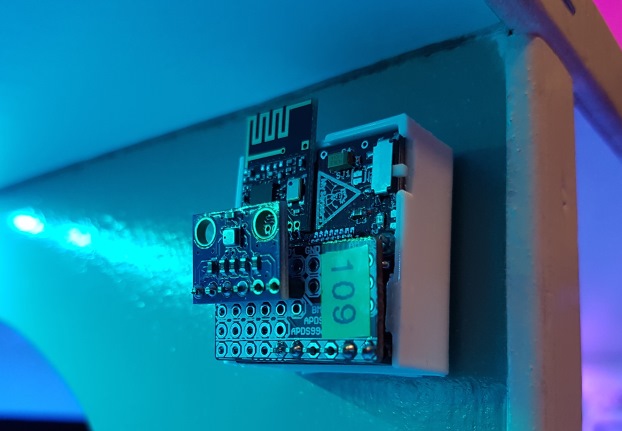 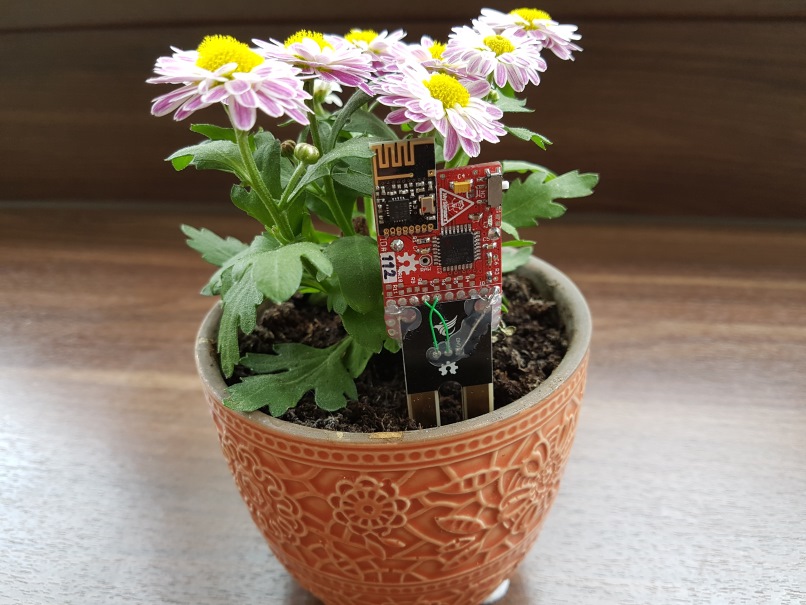 The sketch reports the soil moisture value in [cb] (staturated soil = 0 [cb], dry soil = 200 [cb]), but uses a simple linear mapping based on ADC value in water and in air. For serious use this sensor will need some calibration! 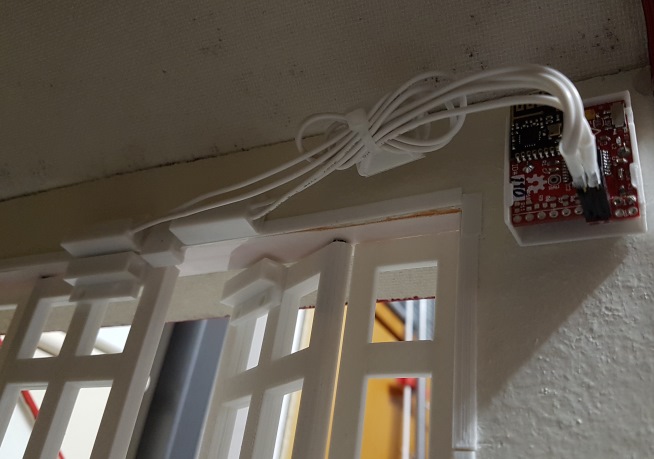 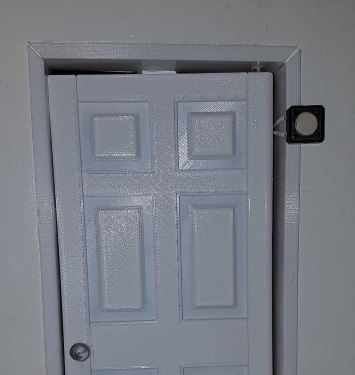 A sleeping sensor node, built on a breadboard, with a single pushbutton. This node is not part of the dollhouse, but is used to demonstrate a simple sensor on a breadboard which can control the house. 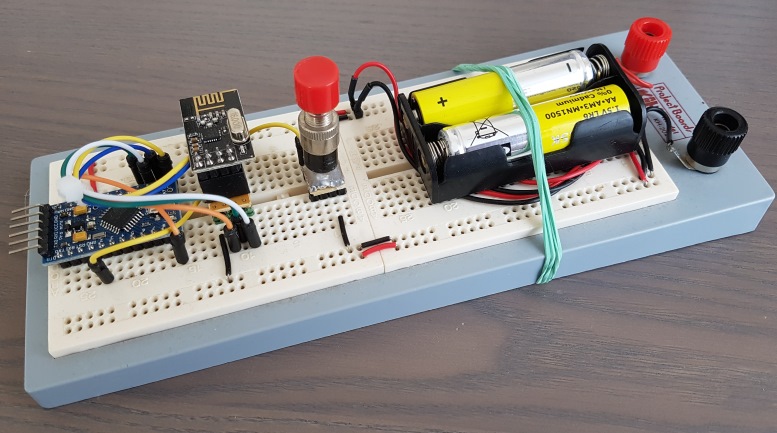 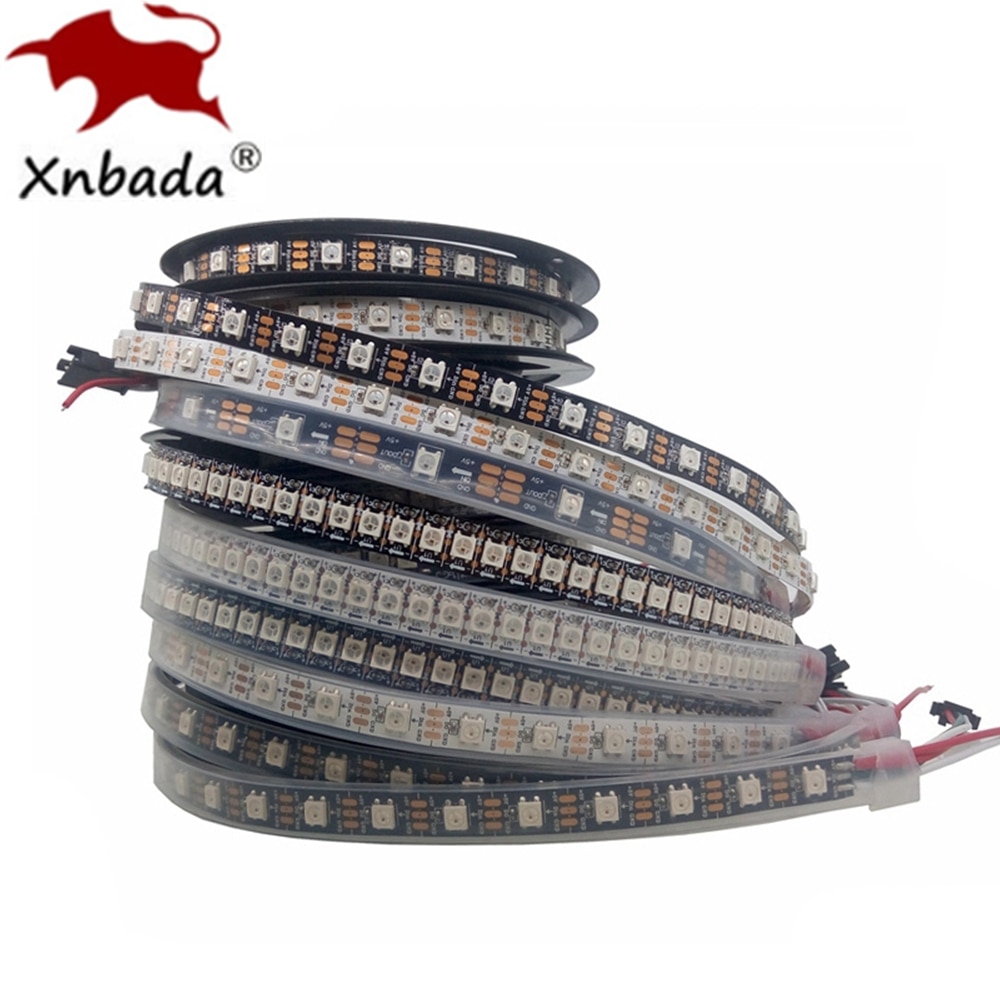 Debugging Sensors and the Gateway